Hello, everyone! This is the first installment in a series of posts that I am going to be calling “Akemi’s Japanese Adventure”, or AJA for short. In this series I will be logging my progress in Japanese through my persona, Akemi, with drawings, stats, and other things.  (´ω｀★)

In this first post, I’m just going to introduce Akemi with her stats and other info, and follow up hopefully with weekly progress reports as she makes her way from my desk to Japan! 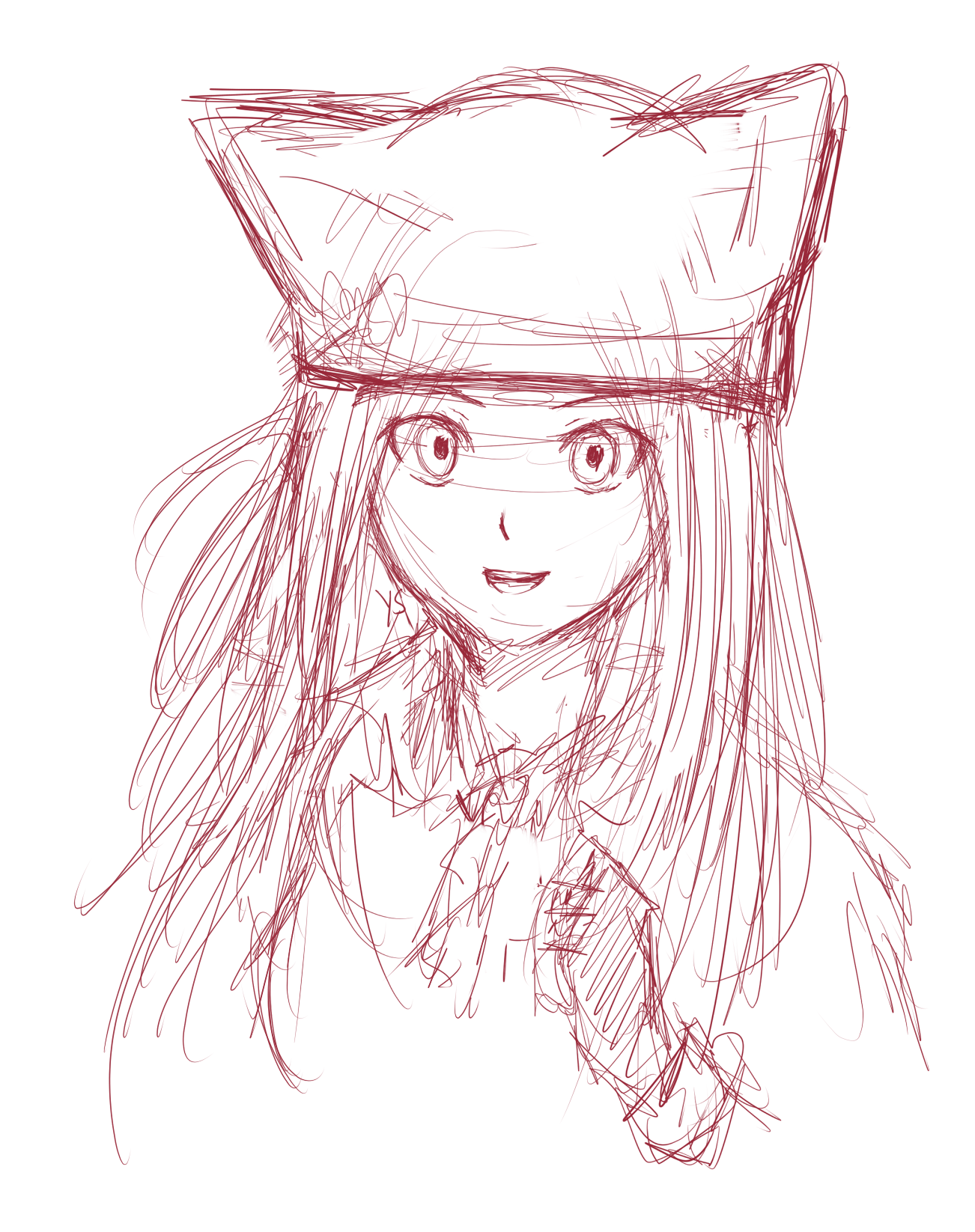 「はじめまして。あけみです。よろしくお願いします♡」
(Just a sketch for now.)

Current Rank: Lv. 16
･*☆Strength – 9 / The easiest foes to defeat are daily reviews (Anki and WaniKani), vocabulary, and grammar.
･*☆Magic (Real-time Recall) – 7
･*☆Skill – 7 / I have a good memory and a wonderful imagination to assist memorization, and I like to be organized, efficient, and productive.
･*☆Defense – 8 / Defense against discouragement and stronger foes, like application, critical thinking, and writing.
･*☆Stamina – 10 / Currently, I can intensively learn Japanese for ~1-2 hours at a time, or in 30 minute bursts.
･*☆Immersion – 18

･*☆Special Ability – I am an artist. I love to draw, write, and learn!

Now for the method to all of this! I’ll explain what I’m thinking so hopefully anyone reading can understand what the heck I’m talking about, and if you want to do a similar thing, go for it! (´ω｀★)

Strength/Attack: – [Strength]
The aspect of Japanese that you are best at, the “enemy” that you do more damage to when you are faced with it.

Magic: – [Real-time Recall]
In terms of Japanese, this stat could be used for “thinking in Japanese” or having to do with pulling Japanese out of your head to use in a conversation or writing or whatever (your recall ability). A higher level of this stat means that when you are in a live conversation, speaking Japanese, you can recall terms and phrases very quickly and don’t spend a lot of time having to think about what you’re going to say, whereas a beginner with a low “magic” stat would likely try to spend more time putting together sentences in his head before he speaks.

Skill
This stat refers to the things you do well that can help give you the edge in learning Japanese. For example, perhaps you have a supreme memory, great handwriting, or an excellent grasp of Japanese pronunciation. Or perhaps you have successfully learned another language and thus have an advantage because you are already familiar with how to learn a new language.

Defense
This is your ability to withstand hits/blows/attacks. In this case, your enemy can be elements of learning Japanese that aren’t your forte, other people, or even yourself if you’re too hard on yourself. This stat reflects the things you do on your own to reflect discouragement away from you, as well as when you bring in other people to help you (encouragement).

Stamina
This stat reflects how long you can last in intensive learning and during study sessions. Have fun in the process and it won’t feel like a chore!

Immersion
This stat goes up or down depending on how much Japanese surrounds you at any given time. If you live in Japan, this stat will be much higher than someone who is outside of Japan and does not have a lot of Japanese around her. But! If the person who doesn’t live in Japan (person A) surrounds herself with Japanese books, DVDs, audio, etc. and the person who lives in Japan (person B) spends most of her time interacting with other foreigners, most likely the one who will learn Japanese is person A, because she has made more effort! This is especially where your stamina, skill, and defense stats come into play.

Special ability (different from Skill)
This doesn’t have to have anything to do with learning Japanese; it’s just something that you’re good at and/or really enjoy doing.

How to calculate stat gain

Partially inspired by JALUP (Japanese Level-Up). The Level Guide is here. Also check out the walkthrough.