This morning, I met fellow students Kendall and Oscar in the lobby and left for Tenjin Station. After going back and forth trying to figure out which stop was the right one to wait at and wondering where our maps apps were trying to get us to go, we finally boarded a bus for Fukuoka Tower.

Beyond the tower, it was a short walk to Momochi Beach, where the beach volleyball tournament (¥3000 for participation) was being held. 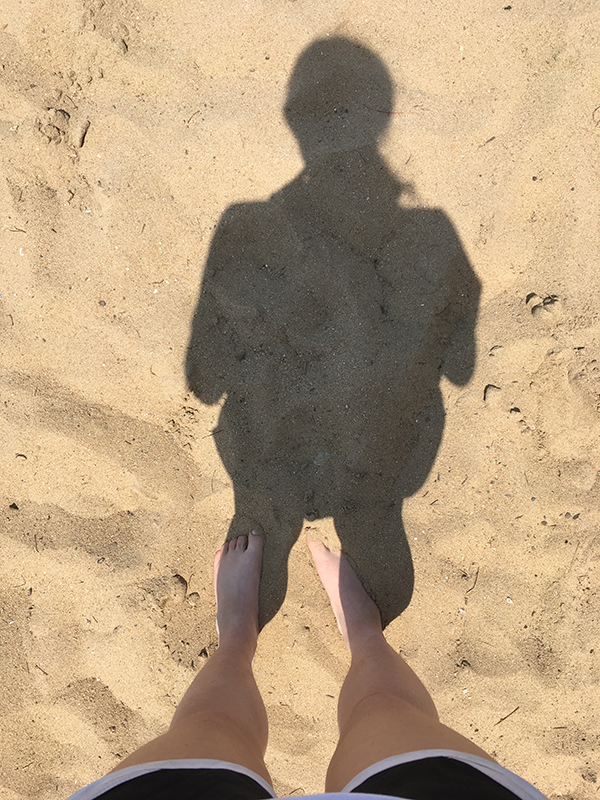 After changing clothes (Kendall let me borrow one of her exercise shirts and sports bra; I had brought my own shorts), I met up with the teams to begin practicing. 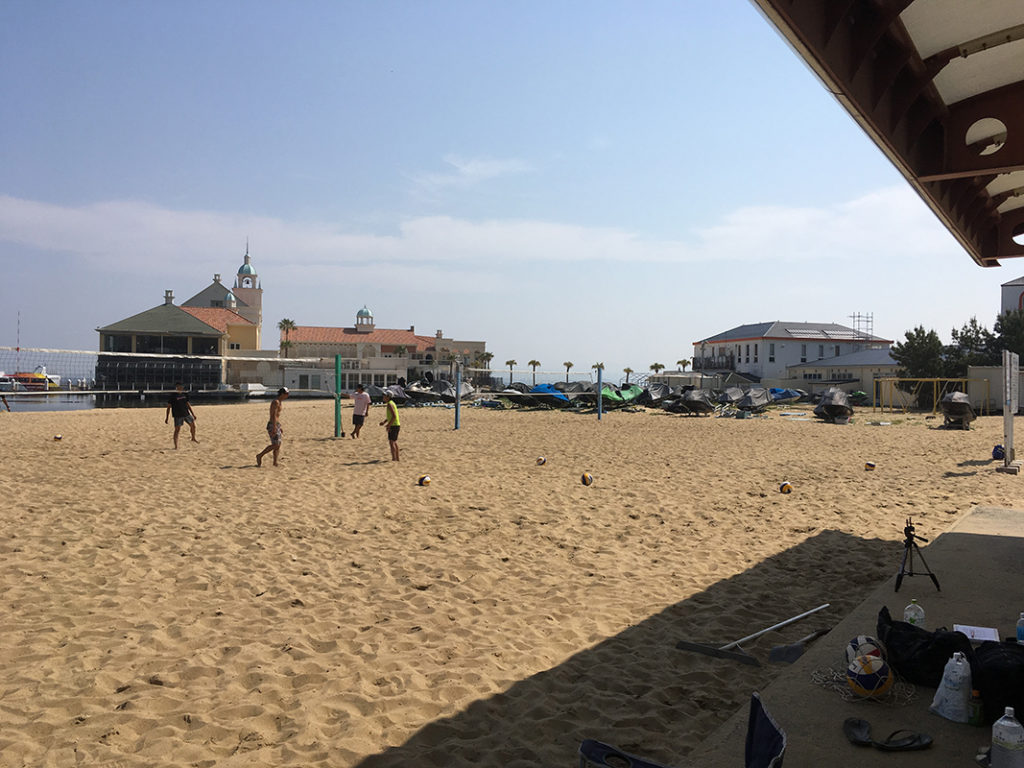 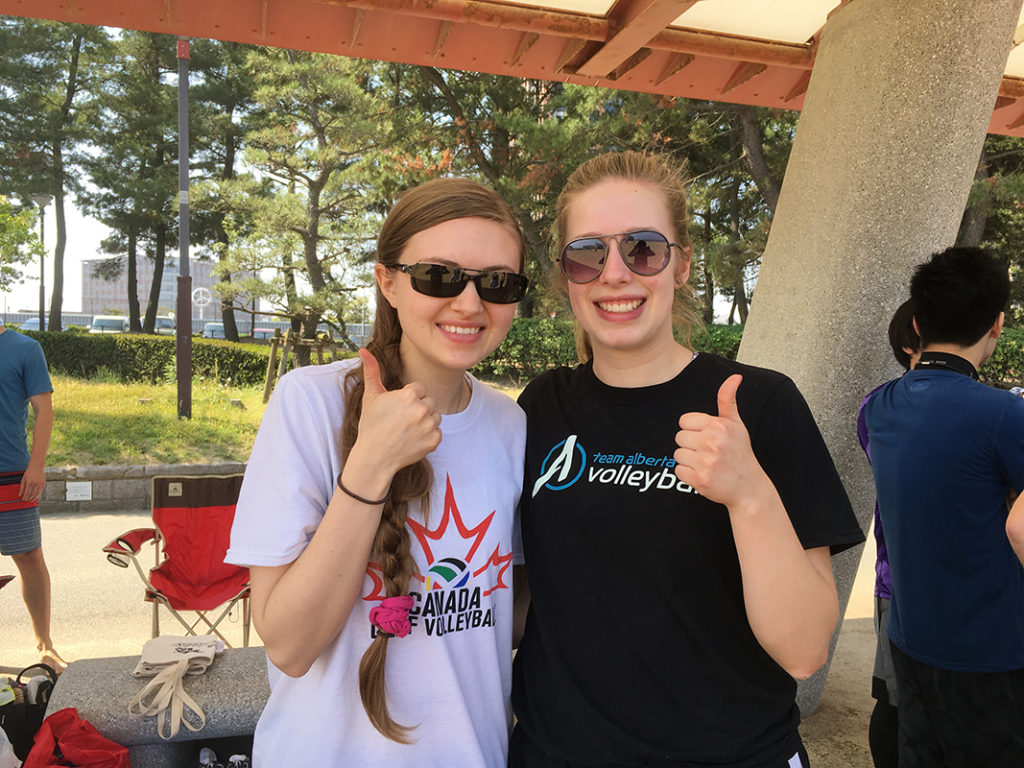 Kendall, who has been playing volleyball for many years, gave me some great tips! One was to form my hands into a taco shape when hitting if the ball is not low enough to use my fists. Another was to keep my hands apart for as long as possible so I have more range of motion and more options when the ball comes at me.

Speaking of the ball coming at me…

Well, I got hit in the face. And it hurt. But my glasses didn’t break! Hallelujah! XD

Having misjudged the length of the tournament, I neglected to bring any food, so Kendall shared some of her popcorn with me. Later, I was overjoyed and beyond grateful to return from a game to find that one of the teachers, Mori-san, had gone and bought lunch for all of us!! I ate a few vegetables and grabbed three onigiri, eating two and saving one for later. 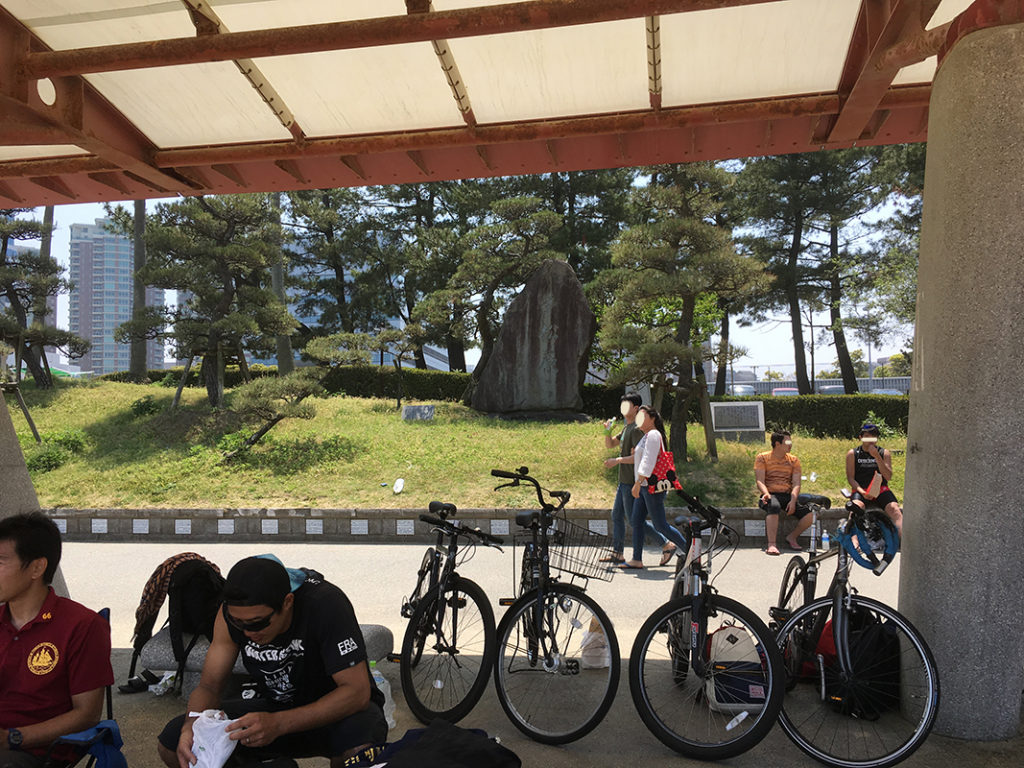 Apparently, I have no pictures of these things…

Later, we came back to find someone else had bought fruit! I split a banana with (I believe it was) Demi-san, and ate some super amazing delicious strawberries!!! 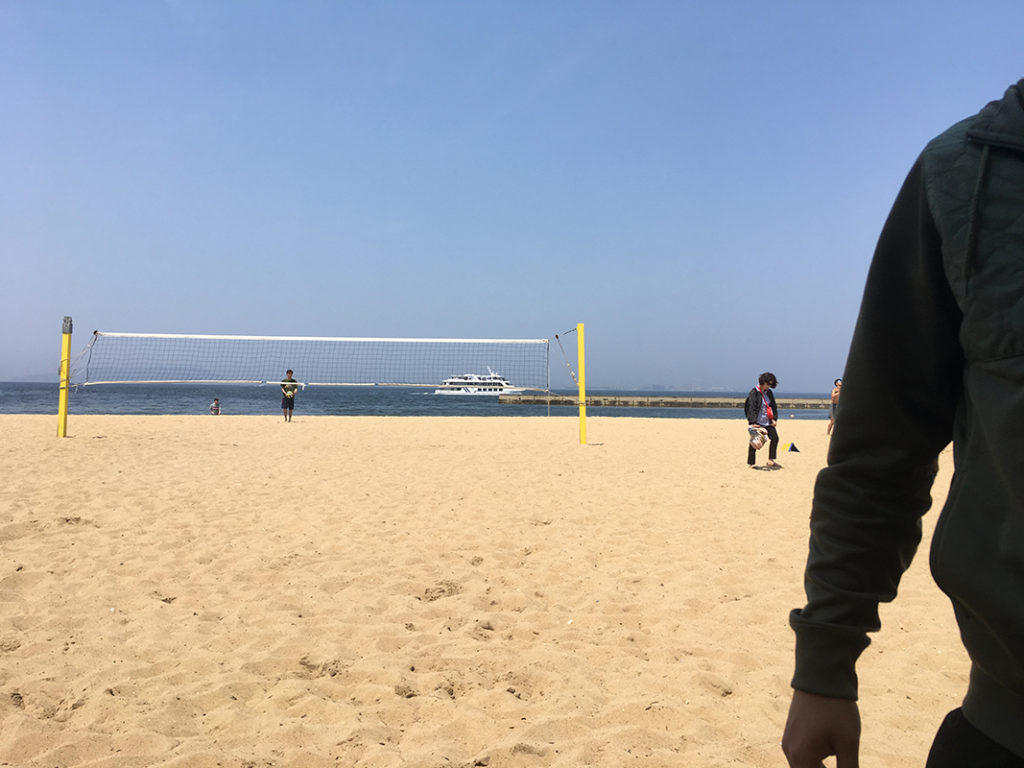 After I changed back to my other clothes, I watched the last couple of games and cheered our teams on (since Team B, my team, had already lost all our games). Both Team A and Team C also lost their games! So we had a perfect streak! Lol. 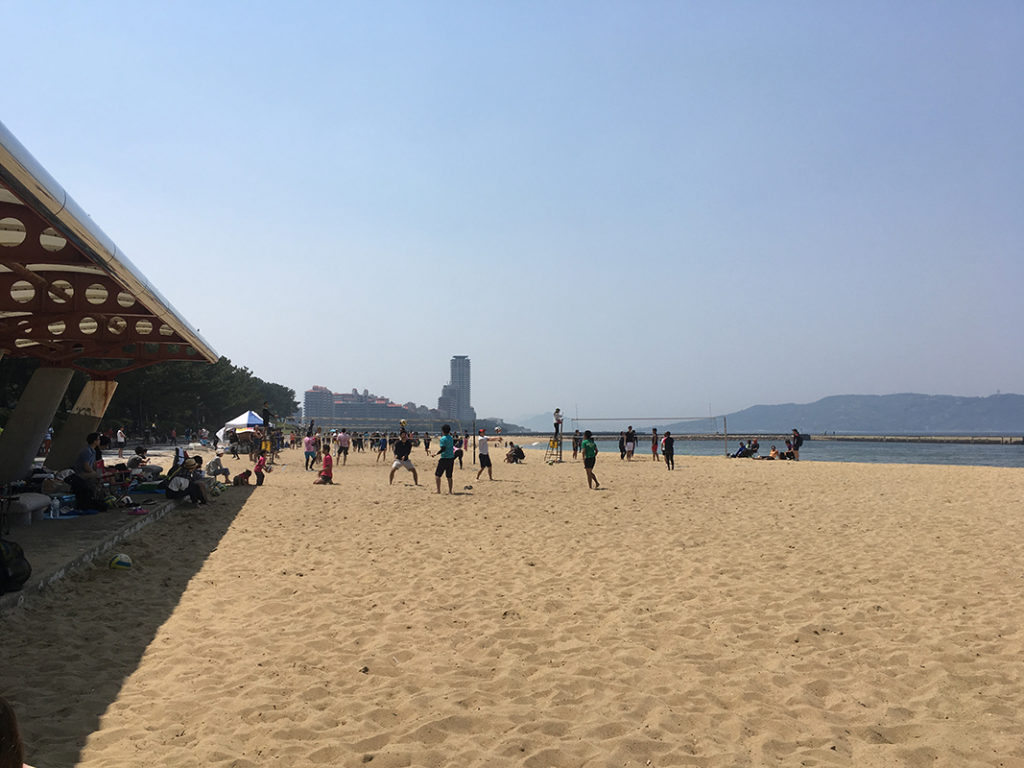 After our teams finished, Kendall and I walked the scenic route back to the subway station, which took us back to Hakata Station, where I recharged my Suica with ¥2000. 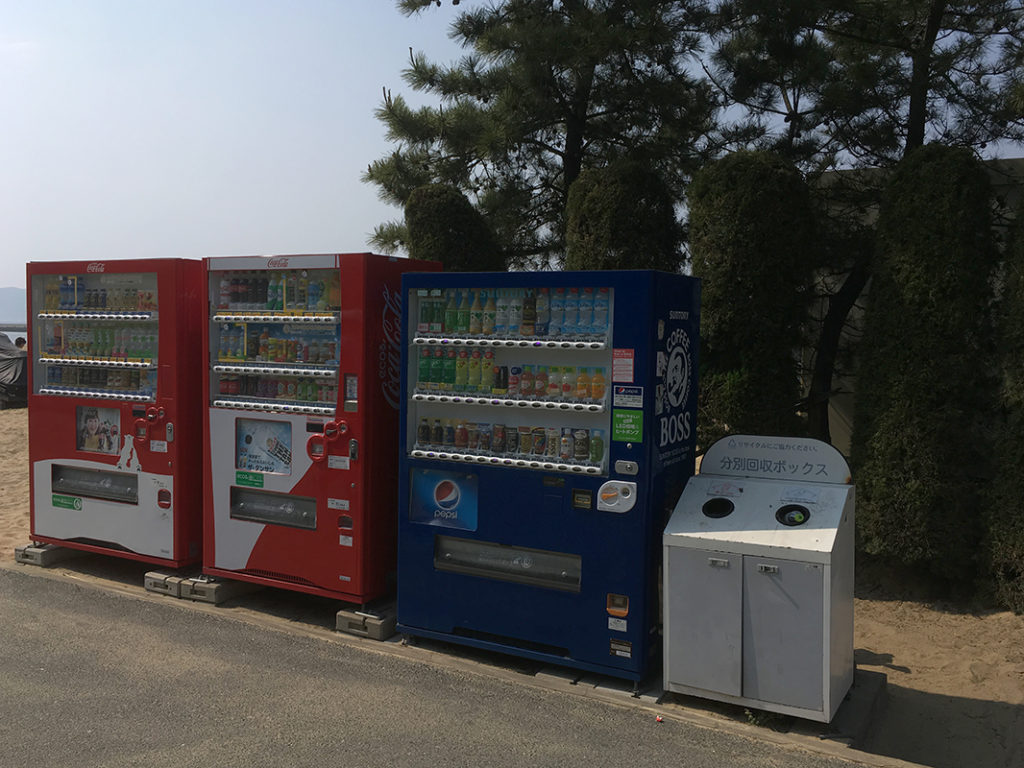 Vending machines are definitely more expensive at the beach. 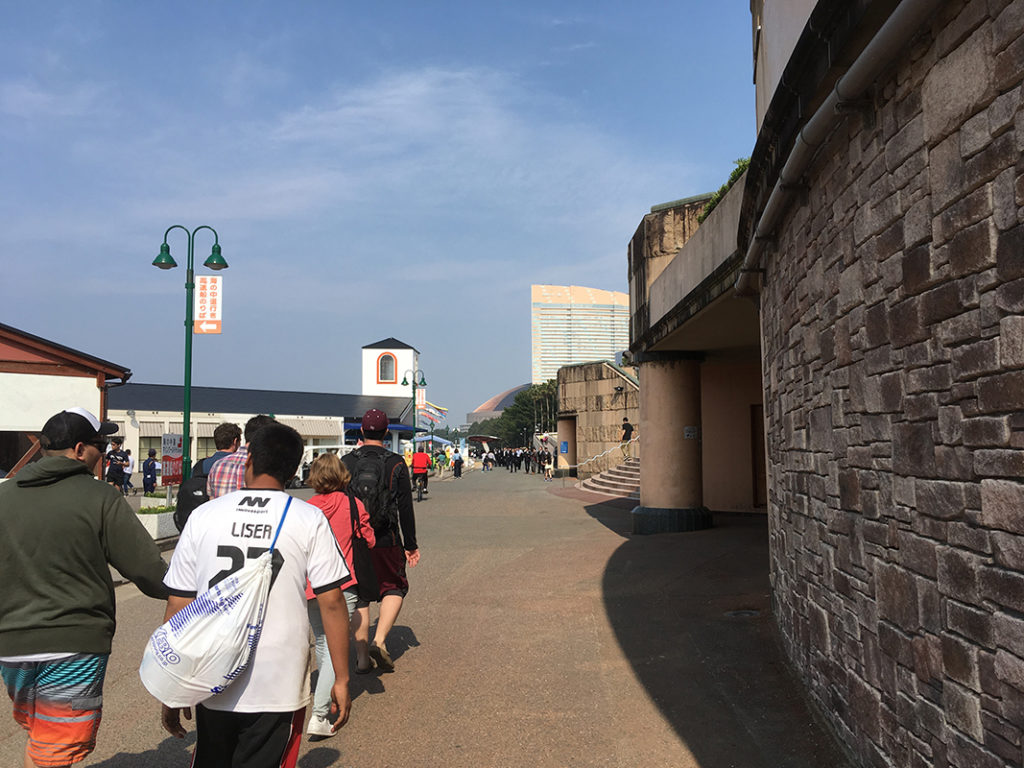 Public bathrooms and showers are inside this circular structure! 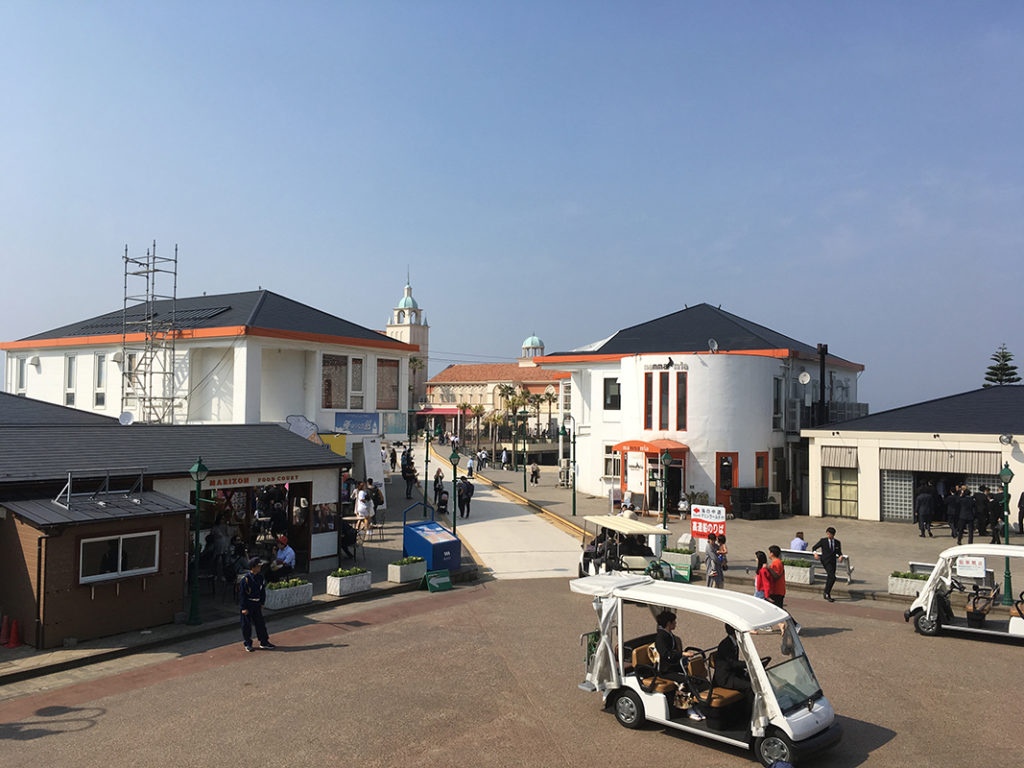 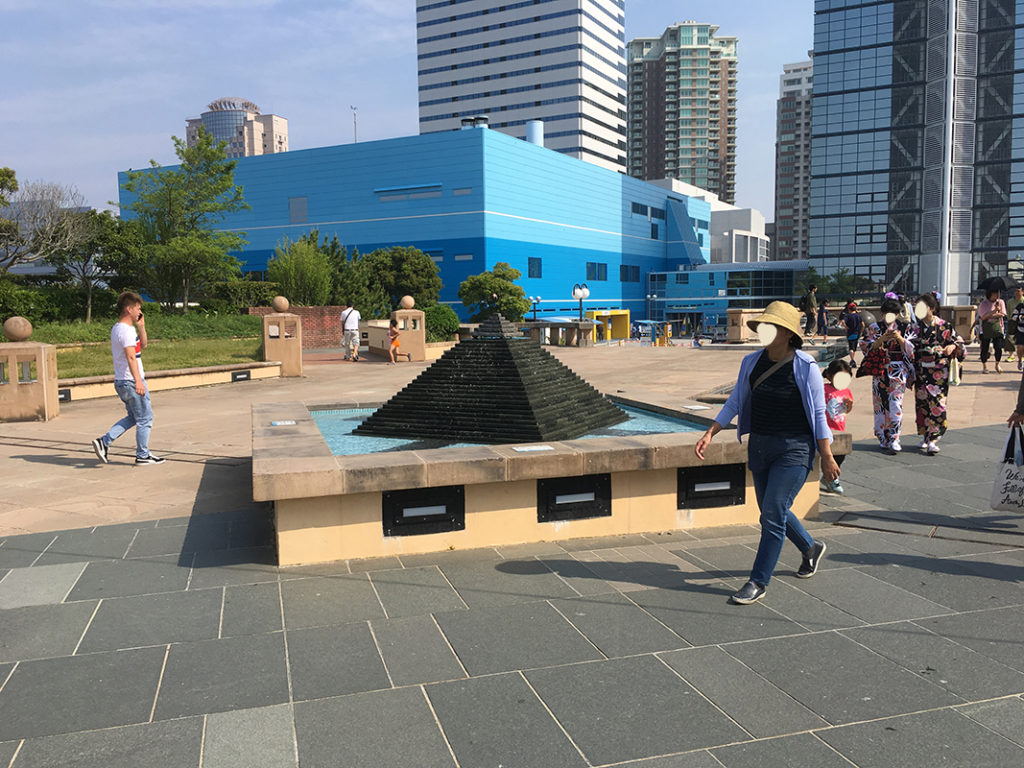 On the way, we made plans to have lunch on Tuesday (May 1st) after my classes at a sushi place on the 4th floor of Yodobashi Camera, and mail the packages we needed to send. 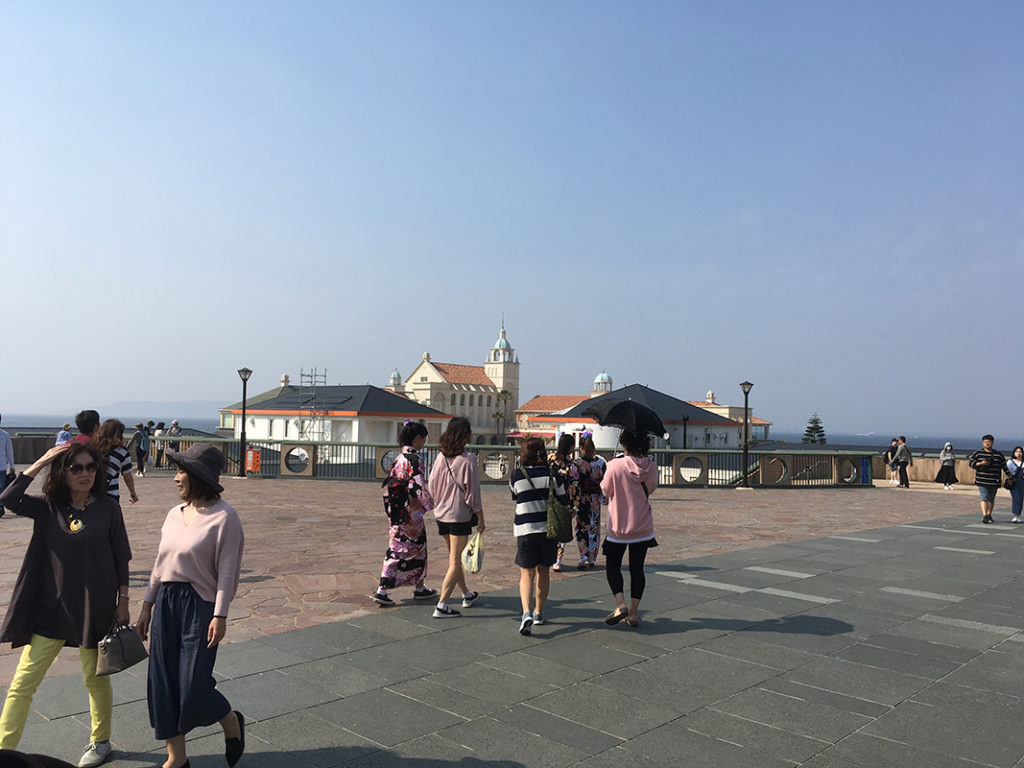 All in all, it was a fun day! I only got a little bit sunburned, so that was a blessing. Kayoko-sensei had let us use her spray sunscreen, while my sunscreen stick from home took care of my face and Kendall’s forehead. (She said it felt like glue, and she literally thought at first that I was putting glue on her. Well, I guess it does resemble a glue stick!!) 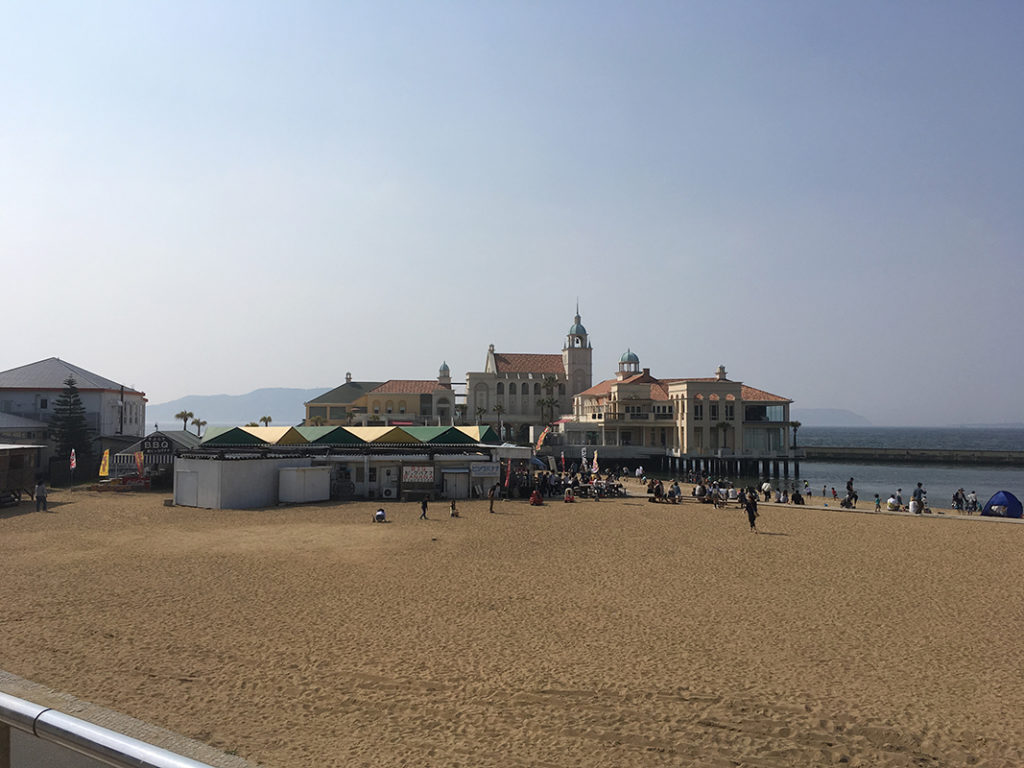 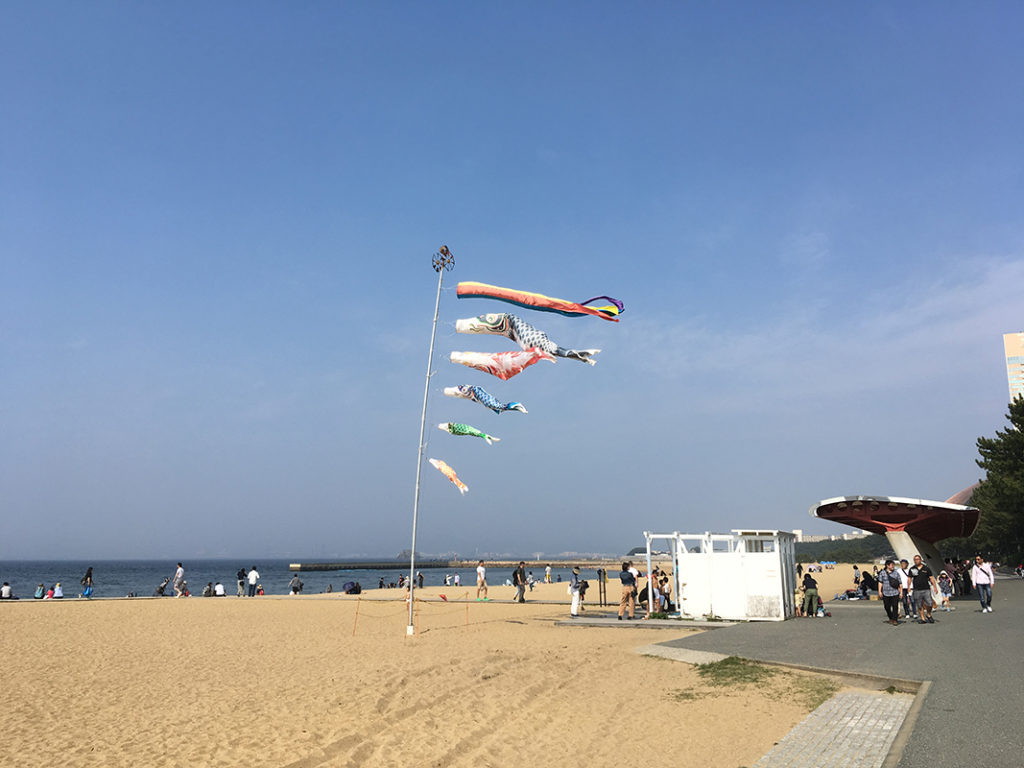 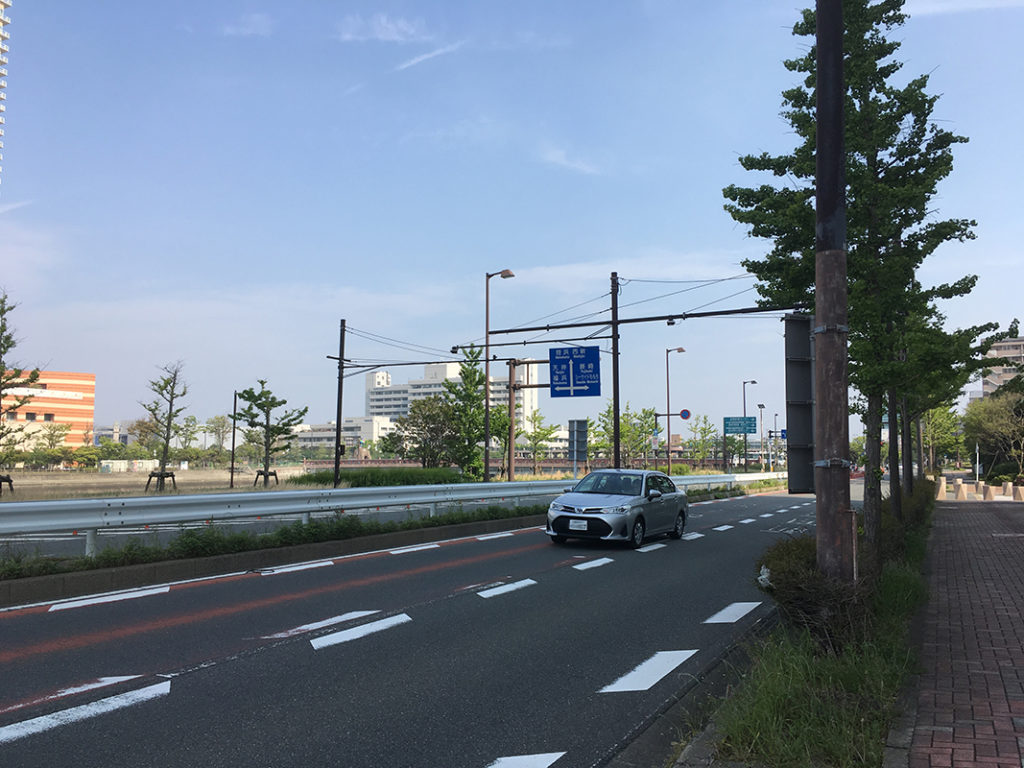 I enjoyed the walk, which made me think I should do this more often! Of course, it helps motivate you when you’re in another country and the only way to get from point A to point B is to walk… 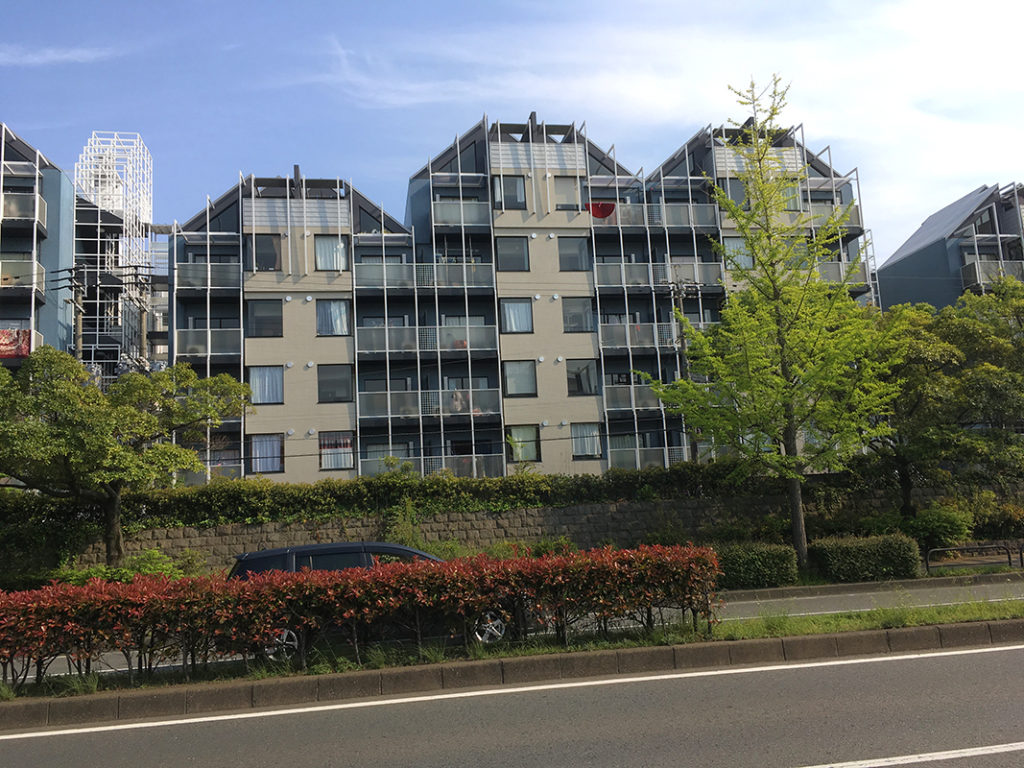 I was fascinated by this road in particular, where the angle is such that it looks like even the buildings are slanted. It’s an optical illusion. XD 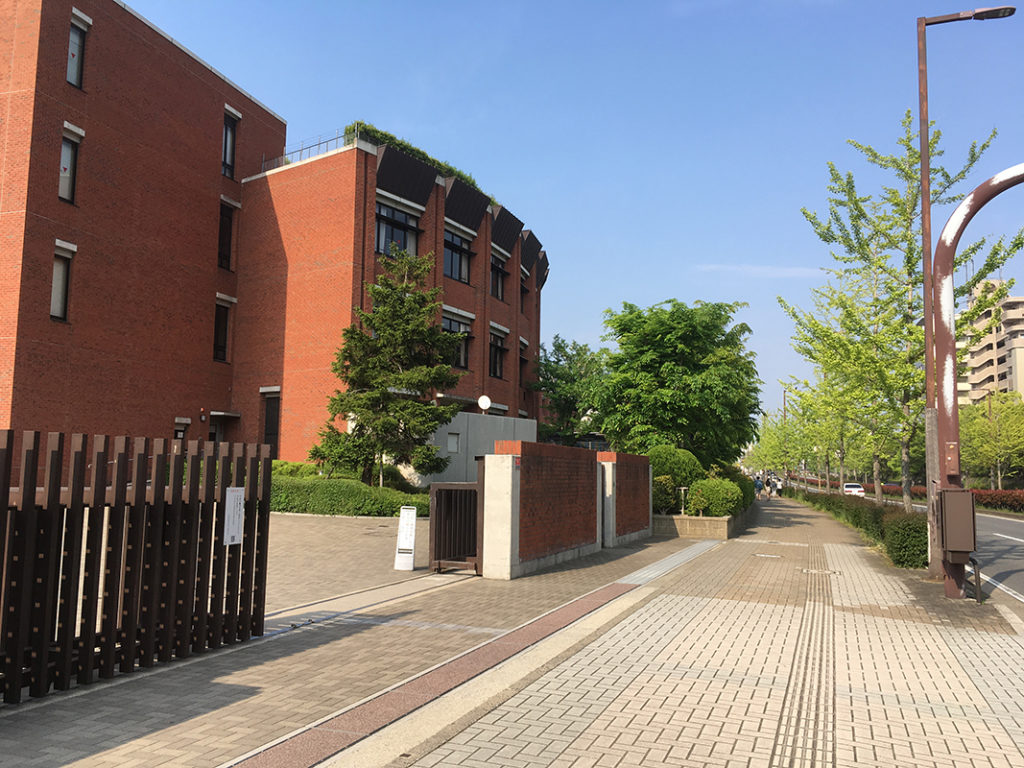 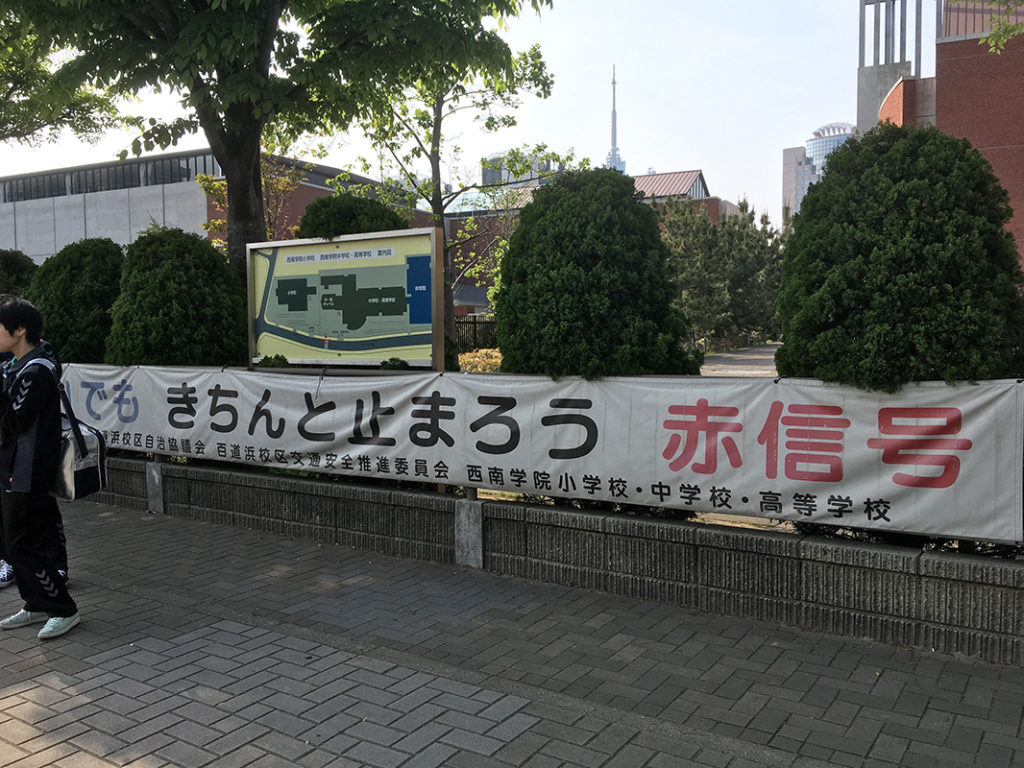 “Let’s come to a full stop at the red light!” – A message from the local schools and safety bureau 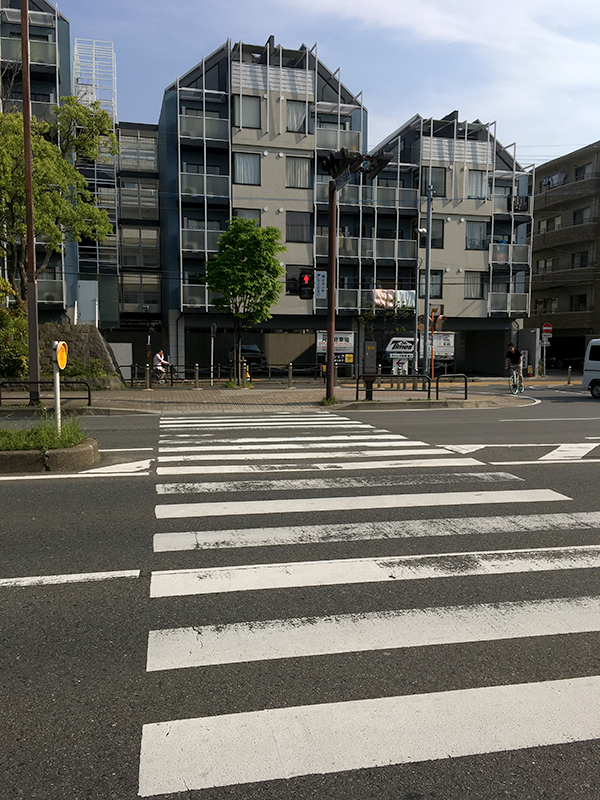 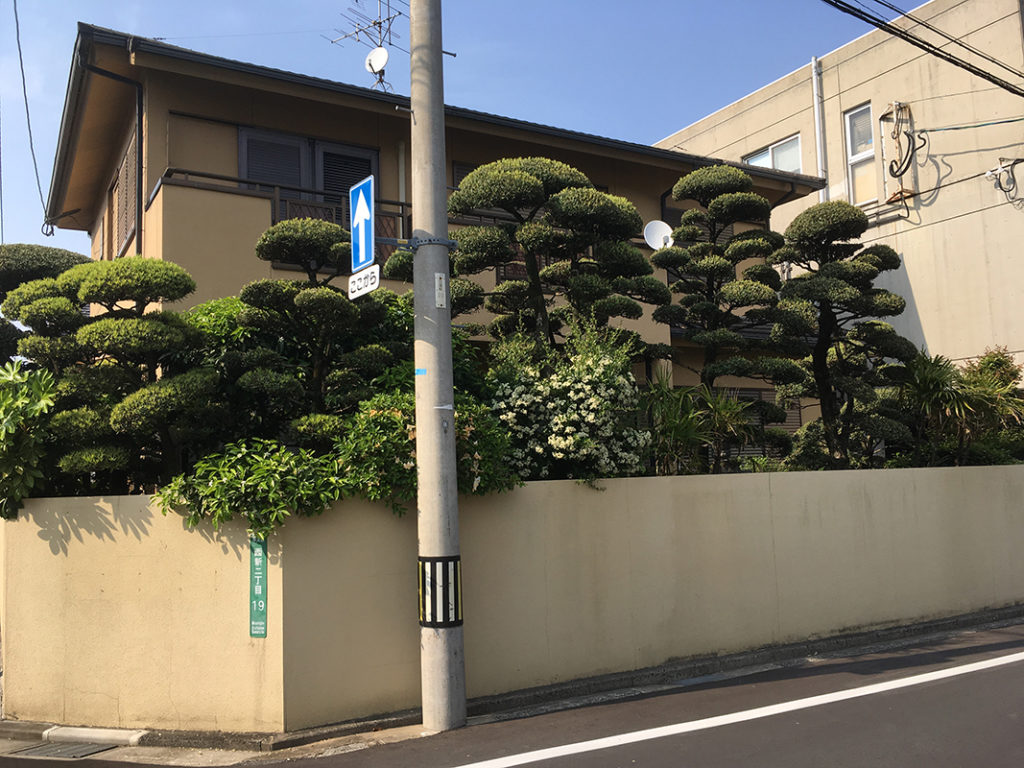 When we got back to Sharely Style, I resolved to do laundry because I was basically out of wearable clothes at that point. ^^; After asking Kendall about it, I asked the receptionist about laundry detergent, and she gave me an almost-empty box and said that should be enough for my load (which was true, because my load was small). 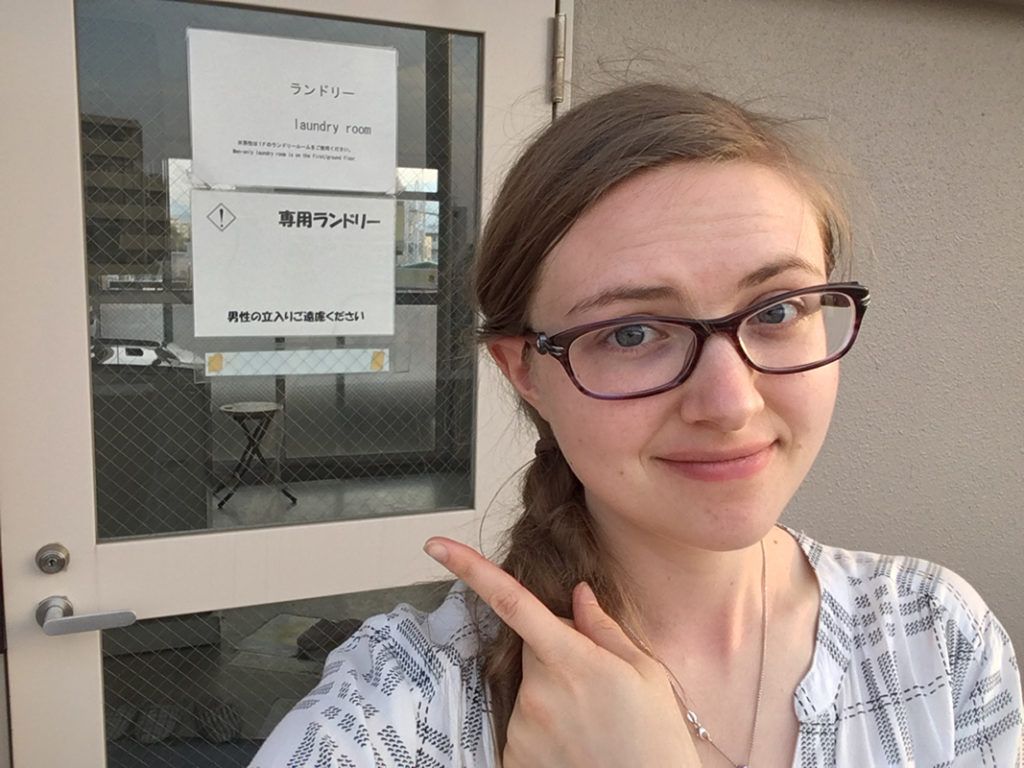 The female-only laundry is on the 6th floor next to the female-only kitchen. I left all the settings alone and just started it, and waited outside on the balcony, just looking over the city and talking to God. It was really refreshing. I’m grateful I took the time to do that.

(Regarding laundry at Sharely Style: You get one free load; after that you are supposed to buy your own detergent.) 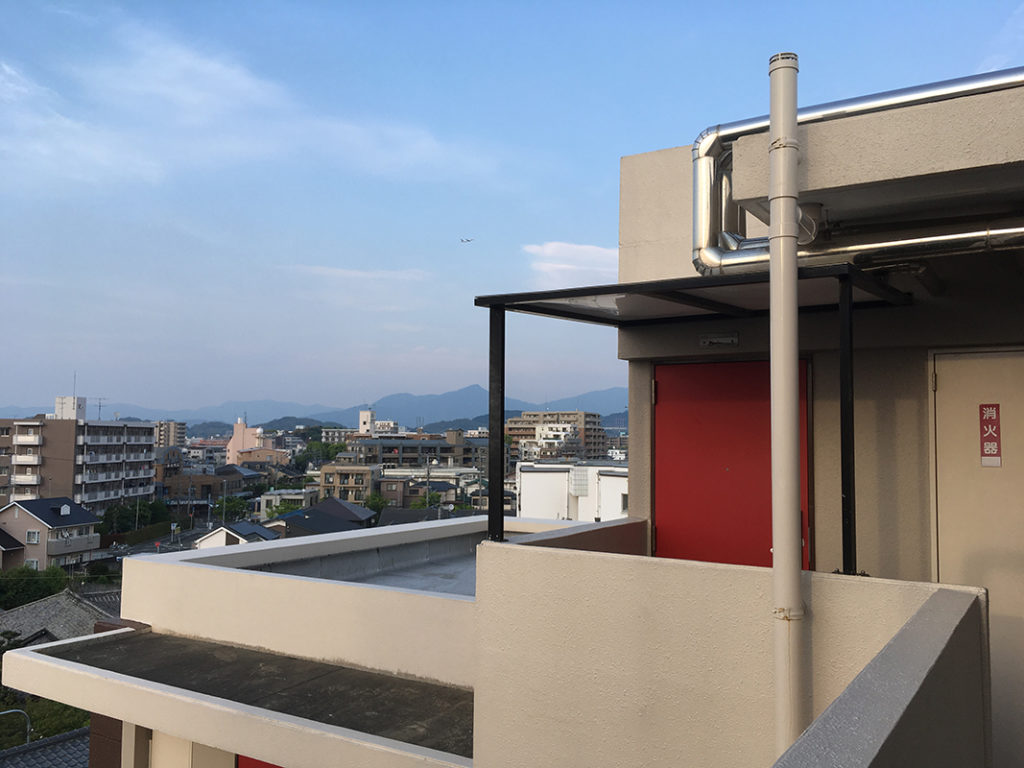 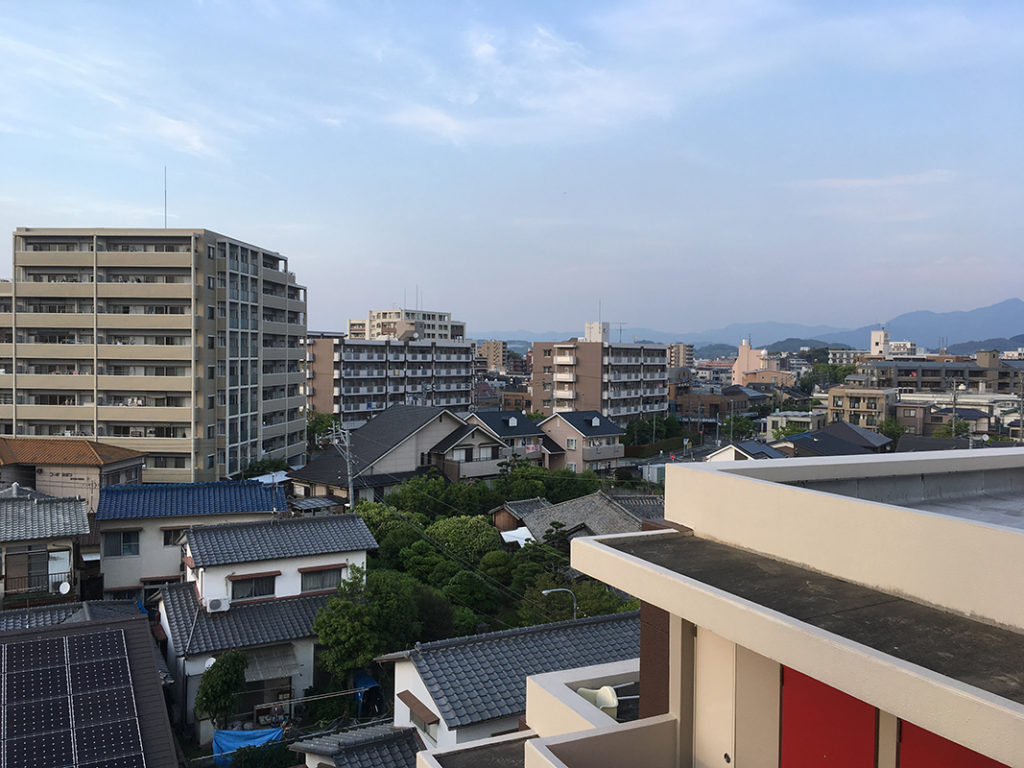 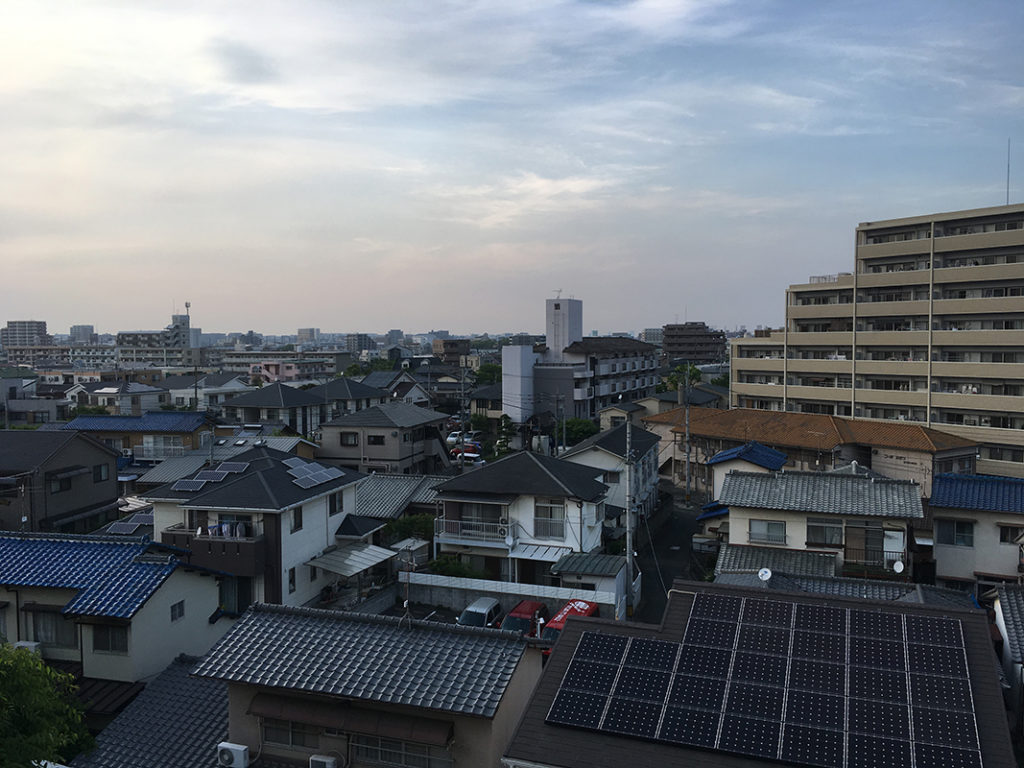 “Also!! When I talked to the receptionist, she had a towel in her arms, and inside was the most adorable, tiniest kitten I’ve ever seen!!! It was so tiny, it was shaking and mewling and I was just like GAHHH KAWAII!!! (Quietly, of course.) I think she said its name is Kobushi! Grow strong, little kitten!!! You are so very very cute and soft!!!!!!”

I can say it again: it really was a great day. I couldn’t have asked for better weather, and I made friends, got exercise, and was productive on top of that! It was great to get some things done because the next day I was going to Dazaifu!