I can hardly believe a year has gone by already! It seems like not too long ago I was writing my birthday roundup for my 20th birthday… It’s been a great year–another great year–full of blessings and learning experiences and I’m just so in awe, so humbled,  so grateful for what God is doing in my life. Yesterday seemed to fly by, and I don’t really know where to start, so I’ll just…start from the beginning of the day! I don’t have as many pictures as last year, but I hope you enjoy them anyway. ^^

So the night before, I went to bed having forgotten to set my alarm…! I was too comfortable to get up (though I had to get up later to cover the clock because the glow was keeping me awake) so I asked God to wake me up at 7 AM. And even though I could have set my alarm when I got up to cover the clock face, I decided that no, I was going to trust God to get me up on time anyway.

When I got out of my bed, I saw my iMac decorated with two bows and flanked by two birthday cards–one from my mom and one from my dad. 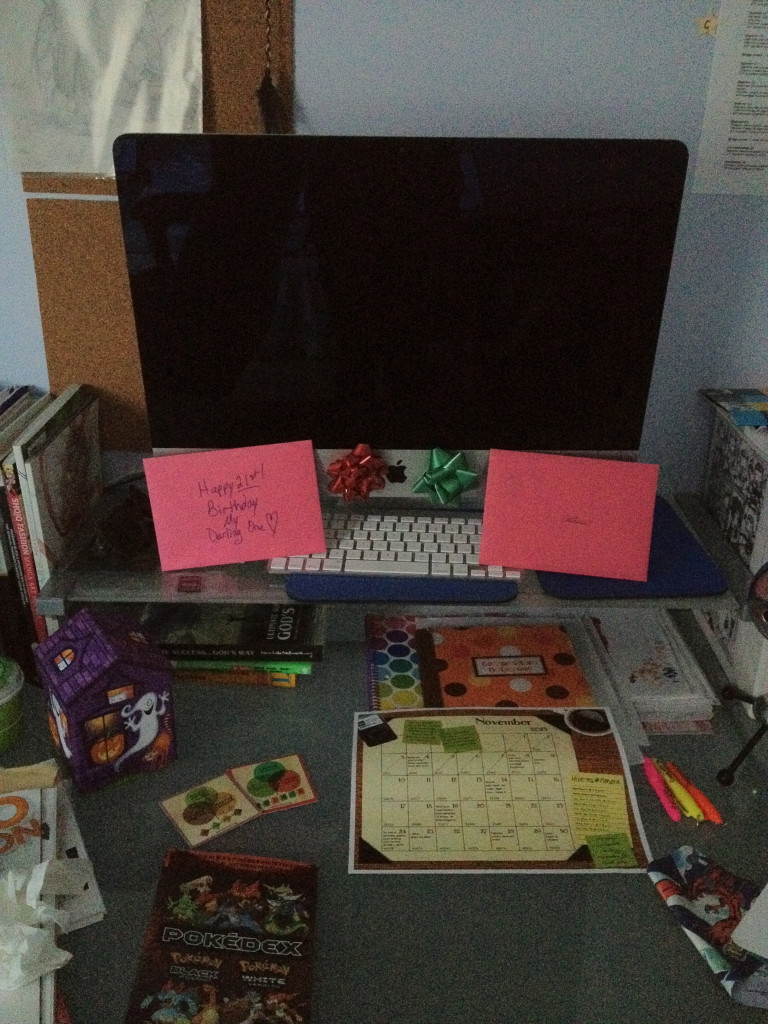 The bows were there because the iMac was a birthday gift (and a huge blessing!), despite being purchased in August (tax-free weekend is not close to my birthday!), and I really liked that. It’s so cute. (*^^*) I haven’t taken them off yet!

Also, I had said it would be nice if my birthday was  a bright, clear, sunny day, and though there was a covering of clouds when I woke up, by the time I was eating breakfast, the sun was shining in a clear, blue sky and the vibrant fall colors looked especially warm and cheerful, and I thanked God again for that, because it was beautiful and it made me really happy.

Church was great as always, and towards the end of the sermon I was truly surprised when the pastor suddenly called on me and congratulated me for my birthday! After that I got many more congratulations and it was really nice. *(*´∀｀*)☆

We all ate lunch together at home, and I opened some more cards. I also got a surprise phone call from a family friend who wished me a happy birthday, which was really cool, and of course texts and emails and messages online throughout the day… Thank you so much!

Also, when we were eating lunch my mom and I found a chip shaped like a heart! 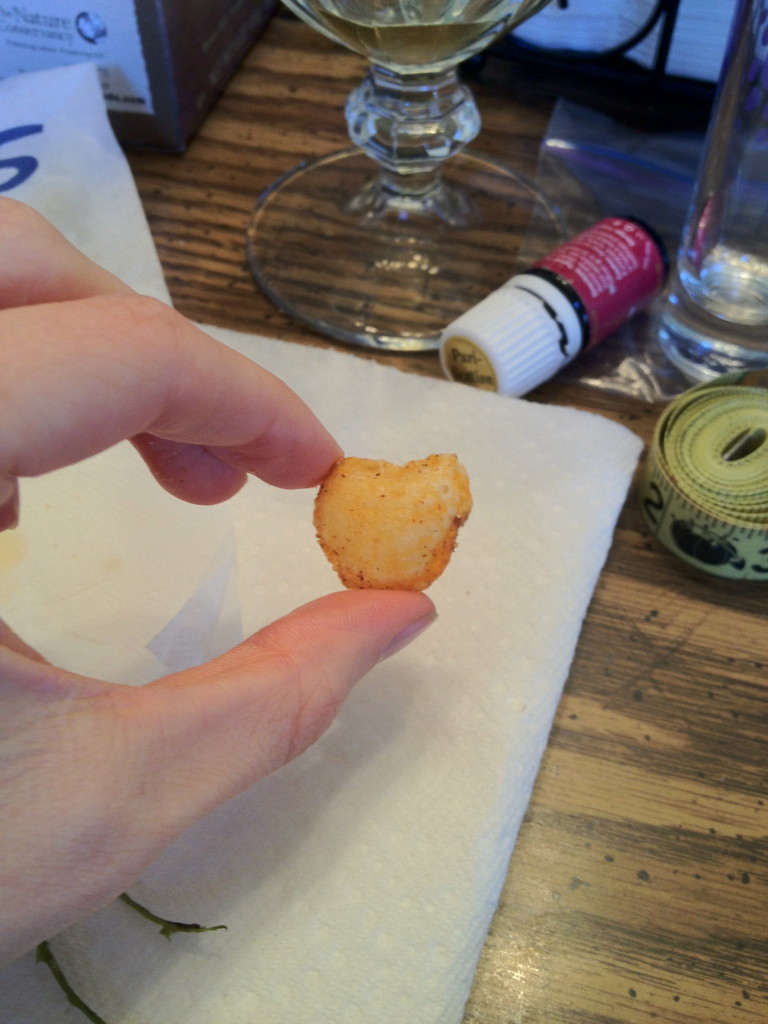 My mom and Nana made my birthday cake (I stayed in my room because I wanted to be surprised! I did get to lick the frosting bowl though lol) before we all left for dinner at Jason’s Deli.

I took pictures of the scenery on the way there because it was really beautiful. The sky was still clear and…I don’t know; it was just really pretty. Sorry that they’re blurry >_< Try looking at them from far away! ^^; 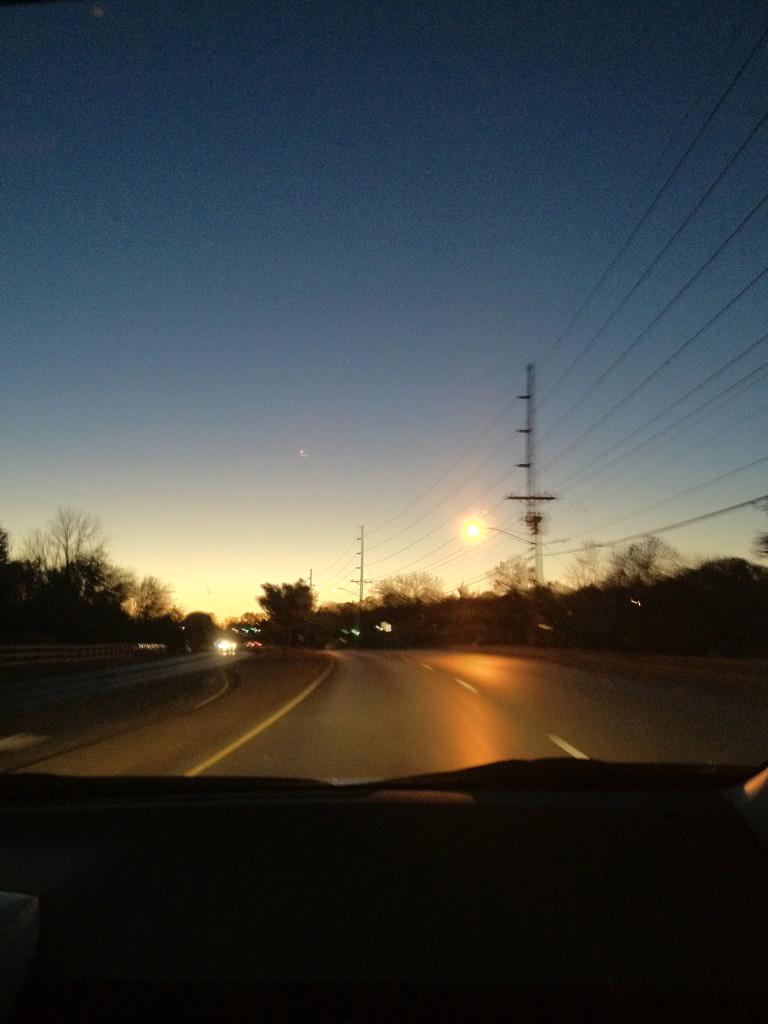 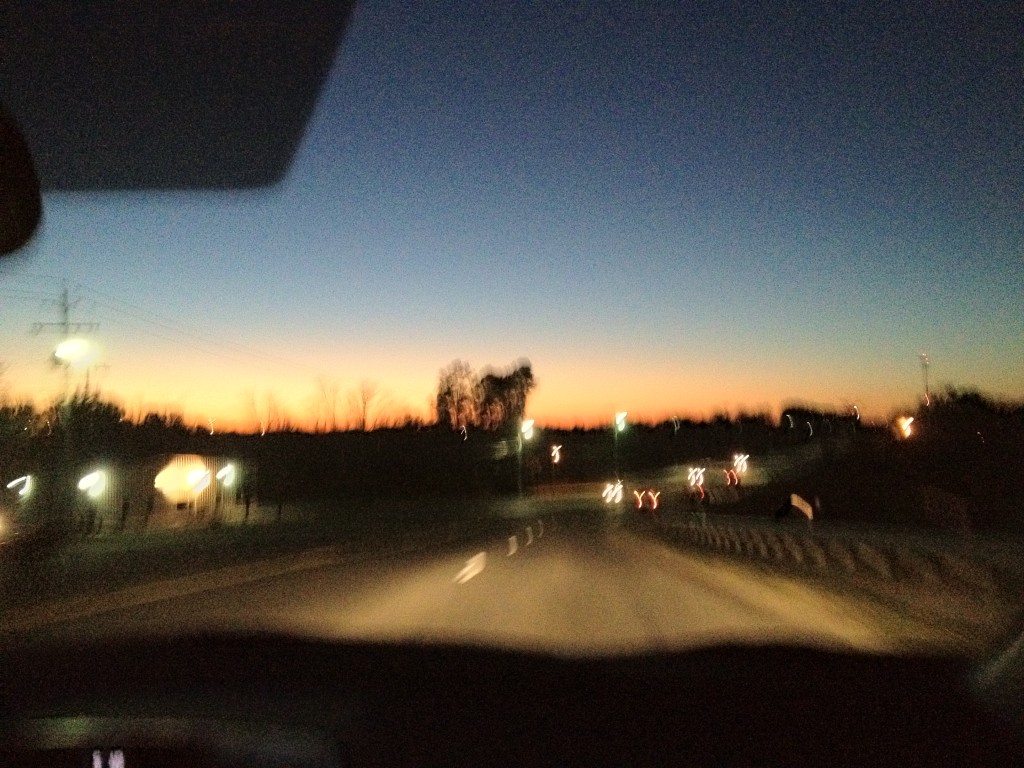 It was funny, because when we stepped up to order my dad said that it was my birthday, and the lady taking our order said, “Oh, is it your Sweet Sixteen?” When I told her I was actually twenty-one, she was taken aback and said, “Girl, I would have carded you many times over.” XD

Nana, my dad and I ordered the wild salmon sandwiches on gluten-free bread, and I got a side of fruit along with complementary muffins and miniature toast. It’s a good thing they have those, because after waiting for our sandwiches, we couldn’t eat them and had to send them back because there was a sauce on it that reminded me of Ranch dressing–I don’t remember what it was, but the manager did say it had mayonnaise in it–and we can’t have dairy. >_< They were very kind to make us new sandwiches and those sandwiches were sooooo amazing! If you can, definitely try it! I really recommend their fruit too!

The gathering was fairly small, but it was nice! I really enjoyed it. I’m really glad everyone could come. I received some lovely cards and money and even some clothes! Oh, and some combs as well! It might seem strange, but I was excited about the combs because the comb I had for ten years finally snapped in two a while ago and I got a replacement, but it’s only been a couple of months and already a good lot of teeth are missing. ^^; (It couldn’t stand up to my hair? Lol) I tested out both of my brand-new combs today and as they are both made for wet and dry hair, they seem to work really well so far. For example, it didn’t take me as long to comb my hair today, and since I have long hair, that’s really nice.

After we left Jason’s Deli, we stopped by Michael’s to see if they had any of the “popcorn” yarn Mama has been looking for. They didn’t, but just about all the staff converged to help us look, which was really nice of them! After that, we went to Barnes and Noble to peruse the shelves for the hour up to closing time, where I mourned over seeing no original Yu-gi-oh! volumes (aside from one YGO! R that I already have thanks to my brother) and briefly caught up on the latest Naruto volume. We bought a lot of books, though I didn’t pick out any for myself. XD The whole family reads a lot, and we share with each other.

The store closed, and so it was time to go home and eat cake! First, we stopped by the gas station, and at that point I remembered that my phone had gone off at Jason’s Deli, so I decided to check it. Lo and behold, it was a birthday video from Kristen!!

I think I watched it three times! I watched it in the car, and then twice more when we were home and had eaten some cake. It really moved me!! The song she did the dance cover of is called “Haru no Arashi” (“Spring Storm”) and it’s by Mano Erina. This song is special to me because it’s the first song that Kristen and I covered as the unit K~Y three years ago, and the first Hello!Project dance I memorized. Here’s that video below:

Since then, both of us have improved a lot in so many ways. K~Y hasn’t done a cover in a while, but I’m really glad that Kristen is going forward with her own channels too, because I really enjoy watching her dance covers and seeing her improve with every video. And since it’s been a while since we’ve done a cover together, receiving a cover of that song–our “debut” song–for my birthday was really, really special. Thank you so much! \(*T▽T*)/ I’m so glad I received it at night too, as it was a really great way to end the day. ♡ 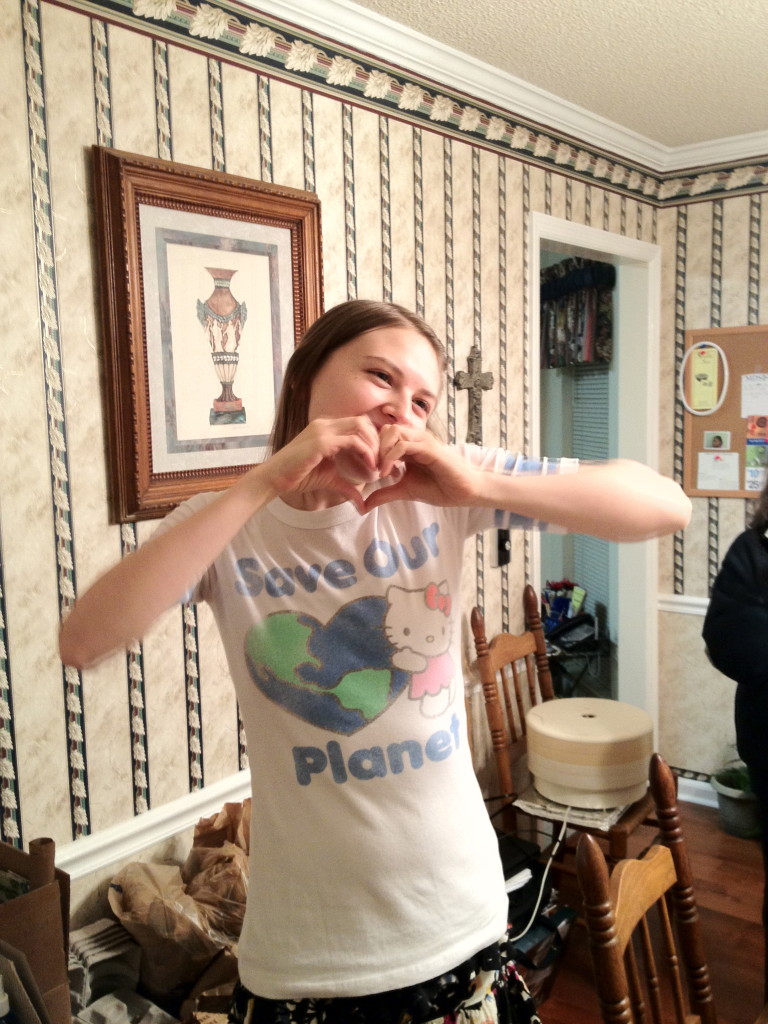 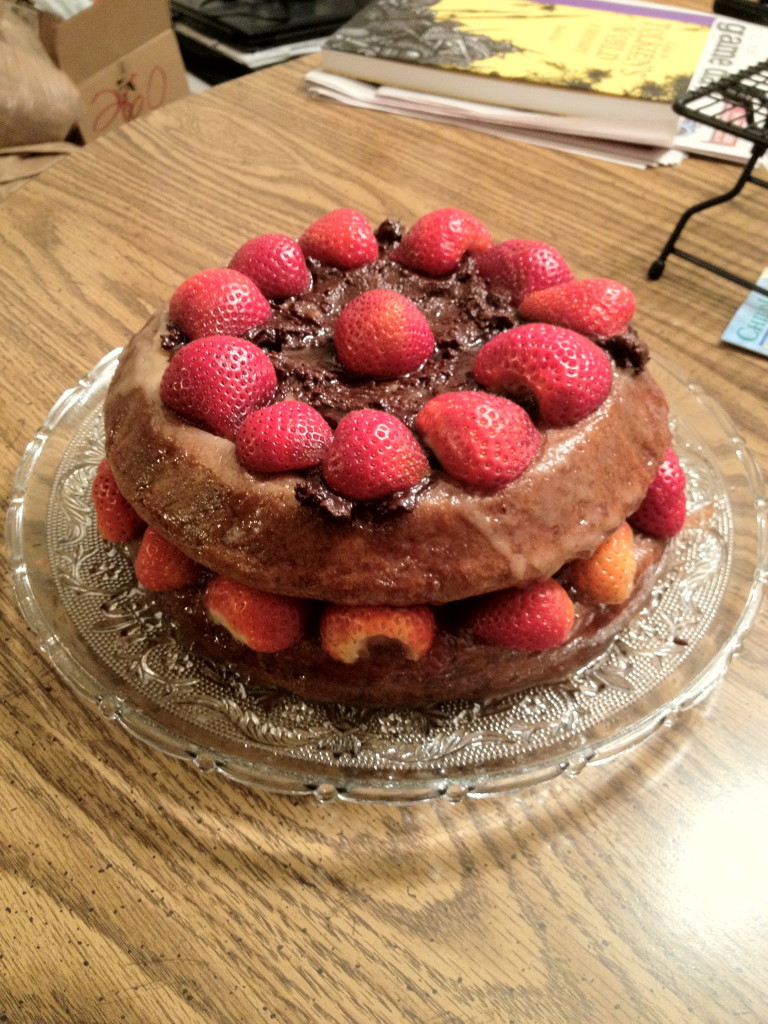 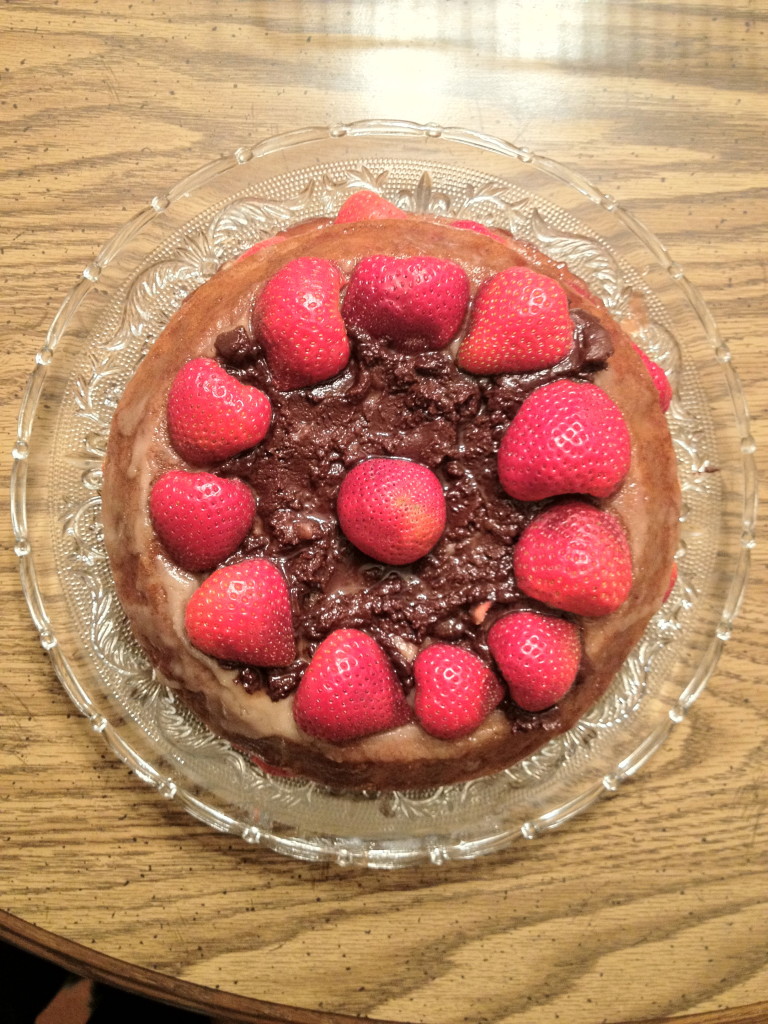 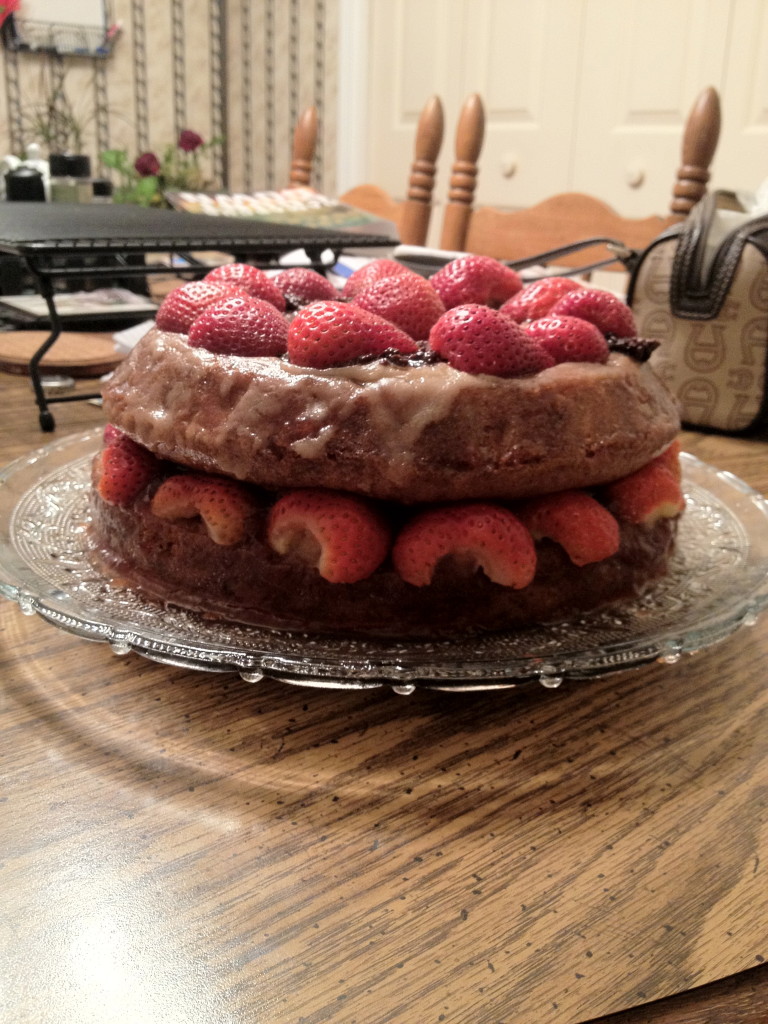 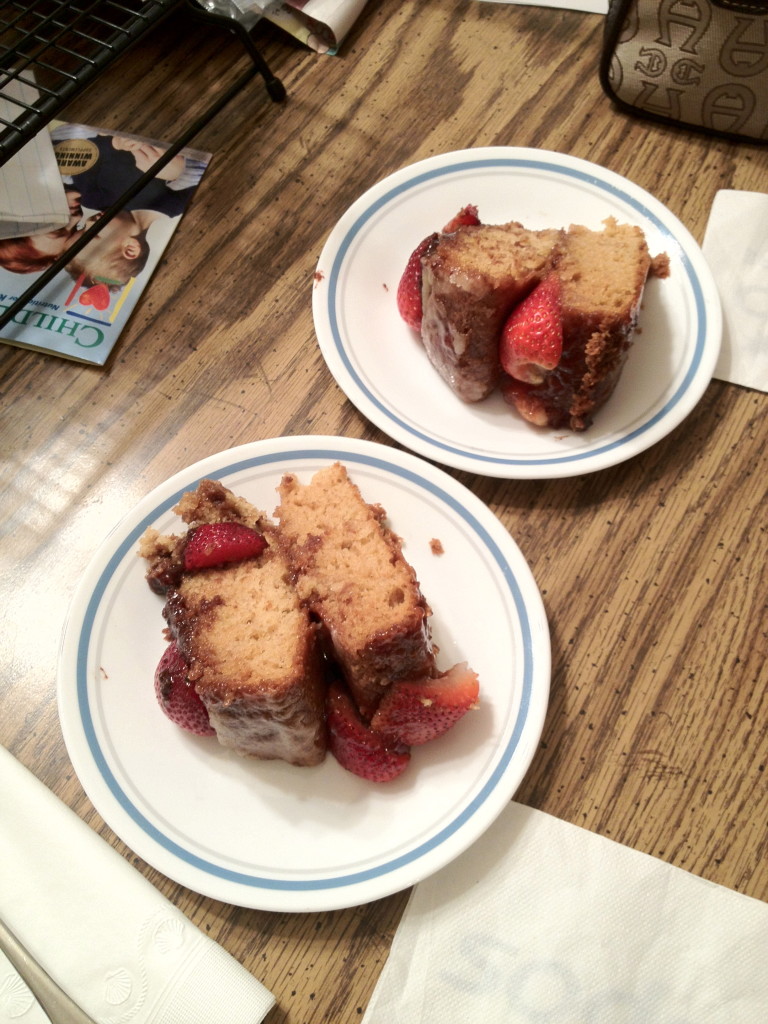 Everyone!! Thank you so much for everything. You are all soooo kind and I had a really lovely day!!! *passes cake around*